ONE evening early this summer, I opened a book and found myself reading the same paragraph over and over, a half dozen times before concluding that it was hopeless to continue. I simply couldn’t marshal the necessary focus.

I was horrified. All my life, reading books has been a deep and consistent source of pleasure, learning and solace. Now the books I regularly purchased were piling up ever higher on my bedside table, staring at me in silent rebuke.

Instead of reading them, I was spending too many hours online, checking the traffic numbers for my company’s website, shopping for more colorful socks on Gilt and Rue La La, even though I had more than I needed, and even guiltily clicking through pictures with irresistible headlines such as “Awkward Child Stars Who Grew Up to Be Attractive.”

During the workday, I checked my email more times than I cared to acknowledge, and spent far too much time hungrily searching for tidbits of new information about the presidential campaign, with the election then still more than a year away.

“The net is designed to be an interruption system, a machine geared to dividing attention,” Nicholas Carr explains in his book “The Shallows: What the Internet Is Doing to Our Brains.” “We willingly accept the loss of concentration and focus, the division of our attention and the fragmentation of our thoughts, in return for the wealth of compelling or at least diverting information we receive.”

Addiction is the relentless pull to a substance or an activity that becomes so compulsive it ultimately interferes with everyday life. By that definition, nearly everyone I know is addicted in some measure to the Internet. It has arguably replaced work itself as our most socially sanctioned addiction.

According to one recent survey, the average white-collar worker spends about six hours a day on email. That doesn’t count time online spent shopping, searching or keeping up with social media.

The brain’s craving for novelty, constant stimulation and immediate gratification creates something called a “compulsion loop.” Like lab rats and drug addicts, we need more and more to get the same effect.

Endless access to new information also easily overloads our working memory. When we reach cognitive overload, our ability to transfer learning to long-term memory significantly deteriorates. It’s as if our brain has become a full cup of water and anything more poured into it starts to spill out.

I’ve known all of this for a long time. I started writing about it 20 years ago. I teach it to clients every day. I just never really believed it could become so true of me.

Denial is any addict’s first defense. No obstacle to recovery is greater than the infinite capacity to rationalize our compulsive behaviors. After years of feeling I was managing myself reasonably well, I fell last winter into an intense period of travel while also trying to manage a growing consulting business. In early summer, it suddenly dawned on me that I wasn’t managing myself well at all, and I didn’t feel good about it.

Beyond spending too much time on the Internet and a diminishing attention span, I wasn’t eating the right foods. I drank way too much diet soda. I was having a second cocktail at night too frequently. I was no longer exercising every day, as I had nearly all my life.

In response, I created an irrationally ambitious plan. For the next 30 days, I would attempt to right these behaviors, and several others, all at once. It was a fit of grandiosity. I recommend precisely the opposite approach every day to clients. But I rationalized that no one is more committed to self-improvement than I am. These behaviors are all related. I can do it.

The problem is that we humans have a very limited reservoir of will and discipline. We’re far more likely to succeed by trying to change one behavior at a time, ideally at the same time each day, so that it becomes a habit, requiring less and less energy to sustain.

I did have some success over those 30 days. Despite great temptation, I stopped drinking diet soda and alcohol altogether. (Three months later I’m still off diet soda.) I also gave up sugar and carbohydrates like chips and pasta. I went back to exercising regularly.

I failed completely in just one behavior: cutting back my time on the Internet.

My initial commitment was to limit my online life to checking email just three times a day: When I woke up, at lunchtime and before I went home at the end of the day. On the first day, I succeeded until midmorning, and then completely broke down. I was like a sugar addict trying to resist a cupcake while working in a bakery.

What broke my resolve that first morning was the feeling that I absolutely had to send someone an email about an urgent issue. If I just wrote it and pushed “Send,” I told myself, then I wasn’t really going online.

What I failed to take into account was that new emails would download into my inbox while I wrote my own. None of them required an immediate reply, and yet I found it impossible to resist peeking at the first new message that carried an enticing subject line. And the second. And the third.

In a matter of moments, I was back in a self-reinforcing cycle. By the next day, I had given up trying to cut back my digital life. I turned instead to the simpler task of resisting diet soda, alcohol and sugar.

Even so, I was determined to revisit my Internet challenge. Several weeks after my 30-day experiment ended, I left town for a monthlong vacation. Here was an opportunity to focus my limited willpower on a single goal: liberating myself from the Internet in an attempt to regain control of my attention.

I had already taken the first step in my recovery: admitting my powerlessness to disconnect. Now it was time to detox. I interpreted the traditional second step — belief that a higher power could help restore my sanity — in a more secular way. The higher power became my 30-year-old daughter, who disconnected my phone and laptop from both my email and the Web. Unburdened by much technological knowledge, I had no idea how to reconnect either one.

I did leave myself reachable by text. In retrospect, I was holding on to a digital life raft. Only a handful of people in my life communicate with me by text. Because I was on vacation, they were largely members of my family, and the texts were mostly about where to meet up at various points during the day.

During those first few days, I did suffer withdrawal pangs, most of all the hunger to call up Google and search for an answer to some question that arose. But with each passing day offline, I felt more relaxed, less anxious, more able to focus and less hungry for the next shot of instant but short-lived stimulation. What happened to my brain is exactly what I hoped would happen: It began to quiet down.

I had brought more than a dozen books of varying difficulty and length on my vacation. I started with short nonfiction, and then moved to longer nonfiction as I began to feel calmer and my focus got stronger. I eventually worked my way up to “The Emperor of All Maladies,” Siddhartha Mukherjee’s brilliant but sometimes complex biography of cancer, which had sat on my bookshelf for nearly five years. 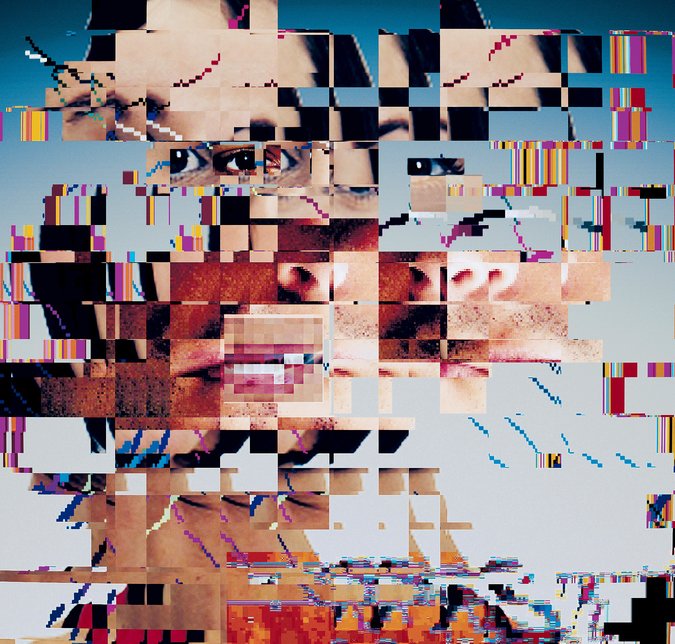 As the weeks passed, I was able to let go of my need for more facts as a source of gratification. I shifted instead to novels, ending my vacation by binge-reading Jonathan Franzen’s 500-some-page novel, “Purity,” sometimes for hours at a time.

I am back at work now, and of course I am back online. The Internet isn’t going away, and it will continue to consume a lot of my attention. My aim now is to find the best possible balance between time online and time off.

I do feel more in control. I’m less reactive and more intentional about where I put my attention. When I’m online, I try to resist surfing myself into a stupor. As often as possible, I try to ask myself, “Is this really what I want to be doing?” If the answer is no, the next question is, “What could I be doing that would feel more productive, or satisfying, or relaxing?”

I also make it my business now to take on more fully absorbing activities as part of my days. Above all, I’ve kept up reading books, not just because I love them, but also as a continuing attention-building practice.

I’ve retained my longtime ritual of deciding the night before on the most important thing I can accomplish the next morning. That’s my first work activity most days, for 60 to 90 minutes without interruption. Afterward, I take a 10- to 15-minute break to quiet my mind and renew my energy.

If I have other work during the day that requires sustained focus, I go completely offline for designated periods, repeating my morning ritual. In the evening, when I go up to my bedroom, I nearly always leave my digital devices downstairs.

Finally, I feel committed now to taking at least one digital-free vacation a year. I have the rare freedom to take several weeks off at a time, but I have learned that even one week offline can be deeply restorative.

Occasionally, I find myself returning to a haunting image from the last day of my vacation. I was sitting in a restaurant with my family when a man in his early 40s came in and sat down with his daughter, perhaps 4 or 5 years old and adorable.

Almost immediately, the man turned his attention to his phone. Meanwhile, his daughter was a whirlwind of energy and restlessness, standing up on her seat, walking around the table, waving and making faces to get her father’s attention.

Except for brief moments, she didn’t succeed and after a while, she glumly gave up. The silence felt deafening.

This piece was originally published by NY Times.

← Answer Me This: Utilize The InterviewJob of the Week! – February 17th →